By Timeshare Exit ConcernsDecember 2, 2020No Comments 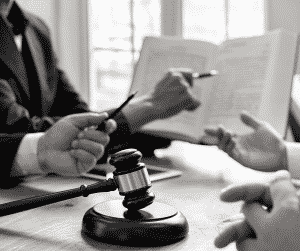 In 2017, Mr G was looking for advice on how to exit his timeshare. After discussing his situation with a business calling itself the ‘Timeshare Advice Centre’. He was referred by them to another business, which at the time was named ‘European Claims Centre (calling itself ECC). An appointment was made for him to attend a meeting at Churchill House in Langley, Slough and he flew over from his home in Ireland to talk with them.

There he was persuaded to pay several thousand pounds to achieve a timeshare exit – with the lure of a big compensation claim said to be nearly £12,000.

For a considerable time, nothing much happened and after chasing ECC, he was eventually told that his case was being referred to Spanish Lawyers using the name ‘M1 Legal’. Eventually, M1 Legal advised him that they had terminated his timeshare contract – and the case was closed – no mention of the promised ’compensation’ was made.

Mr G checked with his timeshare company who insisted his contract was still in force. He wasn’t able to get confirmation of the contract termination from anyone other than M1 Legal and his ‘solid claim’ for £12,000 had just disappeared – so he started investigating and began actions to get his money back from ECC.

Mr G discovered that the offices where the meeting took place were used both for ECC and ITRA – a business that had been a key part of the infamous ‘Club Class’ businesses network that was shut down by the UK authorities in 2012 after scamming thousands of timeshare owners with false promises of timeshare exits and claims and exclusive holiday and lifestyle deals. In fact, the people behind and working for ITRA and ECC were one and the same – and the process of switching from the disgraced ITRA to the newer ECC brand was already taking place in 2017. ITRA was to be wound up in the UK High Court two years later in 2019 after consumers started suing the business when they didn’t receive the promised services they had paid thousands for.

The big claim that never was

Mr G was persuaded to pay nearly £3,000 on the basis that he would be getting back nearly £12,000 in compensation.

He was even given a document by the ECC representative (see above) that advised him and took his payment – it said, “Claim Status Positive – Claim Type Spanish Supreme Court – Potential Claim Amount £11802”. There’s a problem there though – Mr G’s Timeshare was in Portugal not Spain!

He did notice but was persuaded that it would apply across the EU – which was of course a nonsense and a gross misrepresentation.

Trying to get justice from multiple ECC entities

So Mr G filed a claim against the business he had paid – European Claims Centre Ltd., a UK registered business– ECC UK. But this business said they weren’t responsible – they only acted as a ‘payment agent’ for the business that was put on his contract – European Claims Centre LLC, registered in the state of Washington, USA. He couldn’t find out much about them – because the names of the people behind that company are hidden, but there certainly wasn’t any indication that they were actually providing the services he had paid for. He argued this out, but the judge said he had sued the wrong company, even though he had paid them. So, he started action against the US company on his contract. Then ‘M1 Legal’ – the business that was originally said to be acting for him attempted to get his claim against the US company struck out too. M1 Legal, of course actually used to be called ‘European Claims Chambers’- and previously also used the ‘ECC’ brand. They have a director (he’s not a lawyer himself) that is also on record as being a director of the Spanish arms of Club Class and ITRA.

Distraught and exasperated, he turned to KwikChex, who arranged for him to be represented by a UK lawyer. M1 Legal instructed a barrister to defend ECC, but to no avail – on Friday 22 November, some 3 years and 8 months after he paid ECC, a judge ordered that he be refunded in full.