After the successful prosecution of the two principal people behind the EZE Group scams, fraudsters are targeting EZE Group compensation claimants to steal more monies from the victims.

Father and daughter Dominic and Stephanie O’Reilly were convicted last year of defrauding mainly elderly consumers in a huge scam that had been operating for years. 36 victims lost over £200,000 each. High pressure presentations were used during which false claims were made that existing timeshares would last in perpetuity and that huge debts would be passed onto their children unless consumers signed up to EZE Group’s services. These purported ‘concierge’ and travel club services were virtually worthless in most cases and the law finally caught up with the O’Reillys when National Trading Standards successfully prosecuted the pair and the business was shut down. The millions made by EZE Group’s scams were not just spent on personal gains – they included high profile sponsorships of Birmingham City FC. Dominic O’Reilly is currently serving a 28 month prison sentence, Stephanie O’Reilly was also given a custodial sentence of 18 months, suspended for 2 years. Both have to pay hundreds of thousands back or their sentences will be increased substantially.

Who was involved with the EZE Group Scams?

At the top of the tree were the O’Reillys. Dominic acted as CEO and Stephanie ran most of the day to day operations, including offshoots such as ‘Everywhere Travel.’ These were the only two prosecuted and convicted. 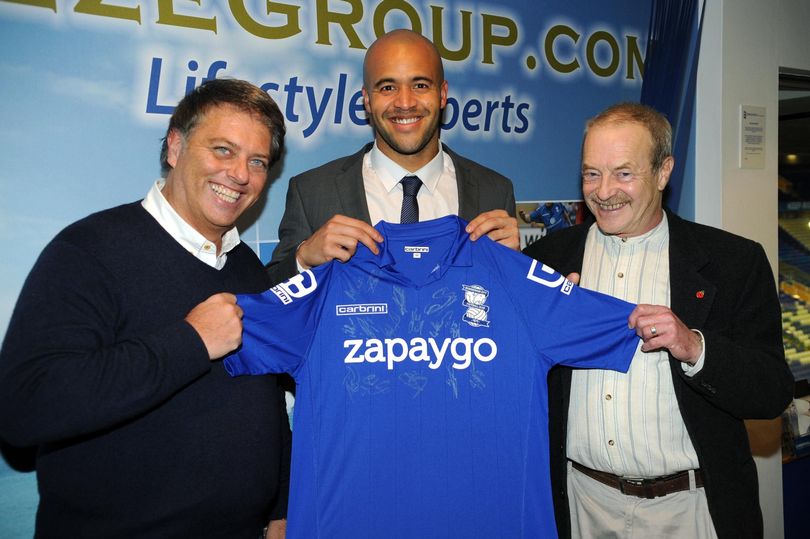 Gary Smith (pictured left) A person that many EZE Group scam victims may be familiar with.

Gary Smith
A person that many EZE Group scam victims may be familiar with is Gary Smith, who was given the title of ‘Legal & Compliance Director’ for EZE Group, which should have meant he helped safeguard consumers, but that obviously didn’t happen. Smith also heads up LCM Law Ltd. Although this business is not a law firm and has no qualified solicitors, it was used to pressure consumers that had been coerced into paying thousands to EZE Group. Smith’s business bullied those that paid EZE in two ways.  Firstly to pay fees for the worthless services EZE Group claimed to be providing and secondly in what were futile attempts to defend EZE’s reputation by threatening defamation action if victims made their complaints public. Smith is currently a director of two claims companies – Praetorian Legal Ltd., (where the convicted Dominic O’Reilly also served as a director) and Mercantile Claims Management Solutions Ltd.

A considerable part of the EZE Group scam operation was located in Tenerife, where Dominic O’Reilly lived. Here, the EZE sales operation worked in conjunction with another closely connected company called Regency Shores and O’Reilly was a director of this company too.

Two senior salespeople from the EZE Spanish operation were:

Matt Harper
Harper went on to set up Collins Harper Associates Ltd, another timeshare exit/claims business, which has been the subject of many complaints and is apparently no longer trading.

Note – both Collins Harper Associates and Carl James Associates take substantial fees and then refer cases to Fullbrook Associates, a Claims Management company based in Stirling in Scotland. This company was previously named Fullbrook Marketing and worked on behalf of EZE Group.

Since the shutting down of EZE, many victims of the fraud have been contacted by EZE Group compensation scammers, telling them they can get their money back. The fact that they have the personal details of the victims suggests that they may have had connections to EZE.

The vast majority of the contacts being made are by fraudsters. Sometimes they are vague about precisely how they will get EZE Group compensation for victims and sometimes they say that a court case has taken place in Spain already and victims have to pay administration fees to receive thousands of pounds in compensation. They often use forged legal documents and fake lawyer credentials to convince EZE victims to pay them.

If you lost money to the EZE Group scams, you should be extremely vigilant regarding further attempts to scam you through EZE Group compensation scams.

If you paid EZE using a UK credit card at any point, it is usually possible to file a Section 75 claim with your card provider/bank in order to obtain a refund. You can do this directly and do not have to pay fees to a Claims Management Company (CMC). If you do require free assistance, this can be provided by KwikChex.

You can do this by using the form which is on this link – https://timeshareexitconcerns.co.uk/assistance-victim-support/

If you paid EZE by any other means, the only other potential may be if there is EZE Group compensation awarded via the Proceeds of Crime Act.  Whilst such actions take time and my not result in substantial compensation for victims, it is worth ensuring that the authorities are aware of your losses. And the O’Reillys have already been ordered to pay back over £420,000 – see information on the Timeshare Business Check website – https://timesharebusinesscheck.org/eze-group-scam-update/