‘Hoist with his own petard’ The story of the Timeshare Consumer Association, Sandy Grey and ECC’s Andrew Cooper 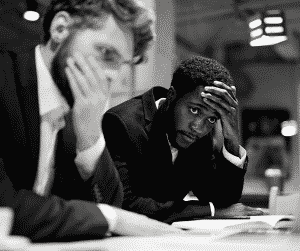 Shakespeare’s phrase, “hoist with his own petard”, is an idiom that means “to be harmed by one’s own plan to harm someone else” or “to fall into one’s own trap” In the case of the purchase and control of the Timeshare Consumer Association ( the ‘TCA’) website, the phrase has never seemed more apt.

At the end of 2019, European Consumer Claims bought the rights to a number of websites owned by Mark Rowe, who was on police bail following his arrest by police. One of these ‘assets’ was the Timeshare Consumer Association website, which Rowe had used to lure in timeshare owners and promote his own businesses. His deceits were exposed in a Daily Mirror article in 2016 – https://www.mirror.co.uk/news/uk-news/timeshare-consumer-association-claims-independent-9367808

The TCA site has now had an extensive revamp, claiming to be independent (the same line Mark Rowe used) and “the number one timeshare consumer organisation in the world.” It is true that a new company was set up in June of this year, some six months after it was acquired by ECC, but it’s notable that the ‘chat help’ on the website is the same as the one on the ECC website (see images here) – and the TCA promotes European Consumer Claims at every opportunity. Consumers contacting the TCA are very quickly passed on to ECC.

Still, the TCA site does praise the integrity of founder Sandy Grey, informing that he set the TCA up in 1997 and passed away in 2013. One quote about Sandy on the TCA websites states “Without his assistance and knowledge many timeshare consumers would have suffered at the hands of some very unscrupulous people.”

To ‘turn in one’s grave’ is another oft-used expression, meaning if someone were still alive, they would be greatly upset, angered, or disgusted by what has happened. So how would Sandy feel if he knew that his beloved TCA was being used to promote a business owned by Andrew Cooper? To guess at that, here is the warning he published in a document on the original TCA website.

“Peter Utal is probably the arch proponent, together with co-conspirator Andy Cooper, of all the major scams including holiday clubs and the advance fee fraud.”

Yes – the ‘Andy Cooper’ Sandy refers to is none other than European Consumer Claims CEO, Andrew Charles Cooper.

Sandy goes on to say

Andrew Cooper was a director of ETOO and Club Class Concierge (shut down by the UK authorities in 2012) and a ‘consultant’ with ITRA, shut down in the UK High Court last year by a consumer action.

So, when it comes to Andrew Cooper and ECC. The TCA seems also to stand for ‘Totally Conflicting Advice’

The current TCA website says of the document Sandy published his warning in – “It is a worthwhile read and a tribute to him. The document stands the test of time, as he held firm to his views, his honour and his commitment to timeshare owners throughout the ages.”

There used to be a lot of information on the TCA website regarding Andrew Cooper’s role in the multiple businesses exposed and shut down that preyed on timeshare owners, most of which has been deleted – but you can’t hide such history and the TCA is now in the position of promoting and in effect exposing the very same person – Andrew Cooper.

Even when the ‘TCA’ responds now to questions about Andrew Cooper and ECC, they seem to wriggle on the hook. One enquiry made to them, referred to Cooper’s directorship of ECC and which states

“It’s not the first time Mr Cooper’s timeshare businesses’ activities have come under the spotlight of the authorities. In 2012, the Insolvency Service stepped in to wind up a number of timeshare companies run by Mr Cooper and other associates. In a damning report, the Insolvency Service described how the tactics of the companies run by Mr Cooper engaged in ‘misleading selling’ to customers. It said it was ‘in the public interest’ to wind up the seven firms. Mr Cooper was a director of two of these.”

The person replying on behalf of the TCA said

“With regards to European Consumer Claims Limited (ECC), you can read negative press on any company or individual if you look for it and it is correct that in the past their owner Mr. Cooper has had a few run-ins that have tarnished his reputation, but try and find someone in this industry who is squeaky clean because everyone has skeletons in their closets somewhere. The article to which you refer, is dated 2016 and related to a previous company that is no longer trading.”

That’s probably not an effective argument for the thousands of consumers that were scammed by the likes of the Club Class businesses and ITRA – timeshare owners who were lured in by false promises of timeshare contract cancellations and compensation.

“TIMESHARE OWNER SCAMMED BY ABC LAWYERS, THEN AFTER PAYING THOUSANDS MORE, PROMISES MADE BY EUROPEAN CONSUMER CLAIMS (ECC) NOT KEPT”