Timeshare owner scammed by ABC lawyers, then after paying thousands more, promises made by European Consumer Claims (ECC) not kept

By Timeshare Exit ConcernsNovember 30, 2020No Comments 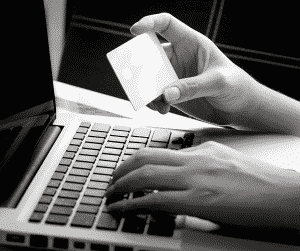 In 2016, Mrs. K paid a business calling itself ‘ABC Lawyers’ the sum of £9000 after they persuaded her the only way she could exit her timeshare was by using their ‘expert legal services’. They were highly convincing and disguised the true nature of their business.

In fact, she wasn’t dealing with lawyers at all, but rather a business that was a part of a network that had thousands of consumers complaining about it – so much so that the people behind it were arrested in a series of raids by police in the UK and Spain the following year. They did issue what they assured Mrs K was an ‘exit certificate’ which they said confirmed she was out of her timeshare – but it turned out to be worthless and she was subsequently chased for outstanding annual fees, which she had been told by ABC lawyers not to pay.

Mrs K was assured that the new owners of the ABC Lawyers brand, European Consumer Claims (ECC) would definitely be able to conclude the contract termination. After all, they said – “We have exclusivity to Spanish firm of lawyers, M1 Legal.”

Mrs K had been under stress because her timeshare company and their lawyers had recently explained that the ‘exit certificate’ she had from ABC Lawyers was worthless – just a con – and her annual fees had built up because ABC told her she didn’t have to pay them. So she paid ECC another £8995. “Don’t worry” said Steven John of ECC– “We will sort this out in a few weeks”.

Except ECC didn’t sort it out. And Steven John is not even the person’s real name. In reality, Mrs K was talking to Patrick O’Connor, who has used the alias Steven John for years – going back to his days doing the same thing for ECC sister business ITRA, which was wound up in 2019 after failing to provide promised services and then failing to make refunds ordered by the courts.

The timeshare company’s lawyer had by this time told Mrs K that if she had wanted to exit, she could have done so directly – there was no need to pay ECC.

ECC had promised to pay an agreed settlement figure to end the timeshare contract and pay off the outstanding fees. In fact they promised this several times over months – but they never kept their promise,with Mrs K and the lawyers finding it difficult to get any meaningful or honest responses from the fake ‘Steven John’ – and after having been scammed by ABC and then paying more to ECC, she was forced to pay nearly £5000 herself to end the horrible saga.

After contacting KwikChex, Mrs K has received free advice that has enabled her to claim back all the money she paid ECC under a Section 75 claim. The monies she paid ABC lawyers are now the subject of liquidation proceedings.