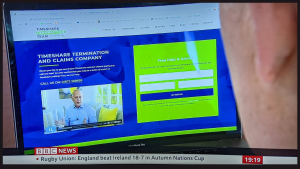 On Saturday 21st November, BBC News broadcast a report about online fake reviews. One of the featured stories was about Timeshare Termination Team, said to be based in Truro, Cornwall in the UK.

The BBC investigators found highly suspicious fake Google reviews on their profile. One of their 5 star reviews was said to be from a ‘Richard Harrison’ saying that Timeshare Termination Team had helped him with an unwanted timeshare – but the BBC found that the picture on the reviewer’s profile was that of a Tanzanian government minister, who has never heard of the company. 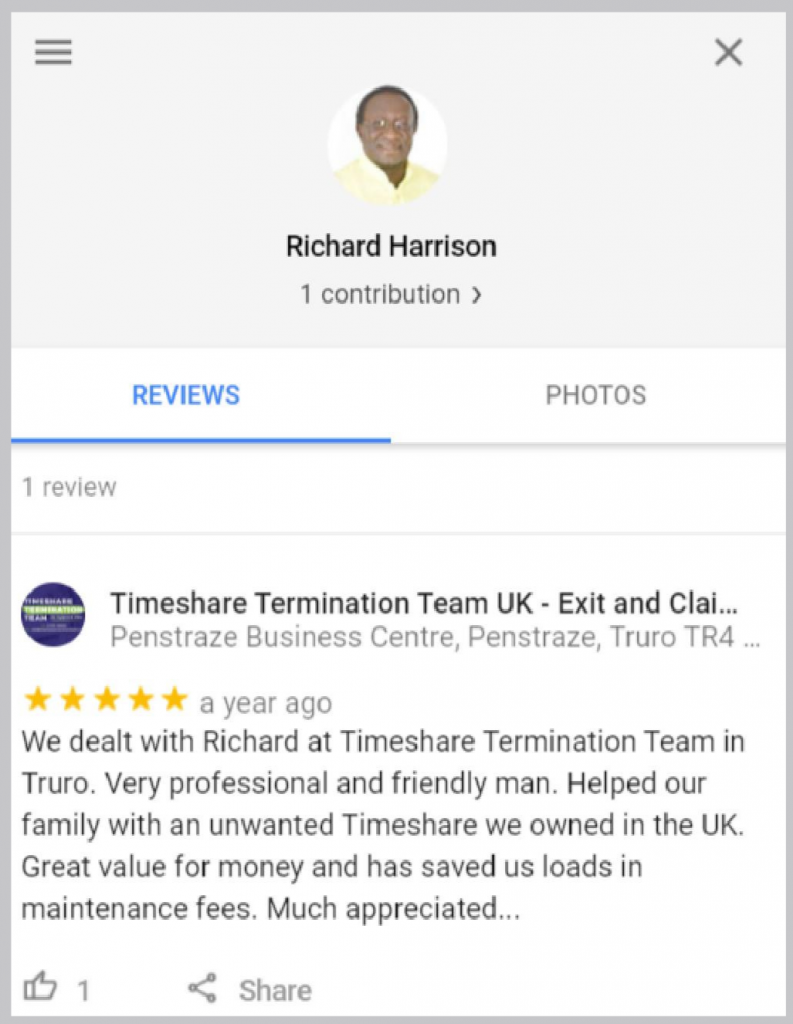 Many of the other positive reviews are very dubious too, with several praising the exact same businesses time and time again – including a plumbing company in California.

The business told the BBC that they are investigating. Their investigations should also probably ‘investigate’ the following.

· They republished the suspicious Google reviews on their own website

· Also on their own website, they have other reviews which date back as far as 2015 – even though the business was only incorporated a year ago – the same time their website appeared.

So who are Timeshare Termination Team?

Timeshare owners that have used them have said that whilst they may not ask for upfront fees, what happens is that a short while after entering into a contract with them, they received invoices for several thousand pounds and were told that their timeshare contract had been ‘unilaterally terminated’. When they check with their timeshare company, they find that all that has happened is that Timeshare Termination Team sent a standard letter and when this was rejected (mostly because of suspicions the timeshare company had about the business), it is Timeshare Termination Team themselves that declare it terminated. Some consumers have refused to pay and made reports to Trading Standards.

Unilateral termination is a declaration by the business without full legal principles being applied – and it can and has led to serious disputes. Previously, a business named Praetorian Legal used the same methods and actually did try and take the consumers to court when they refused to pay – but they were unsuccessful and ended up with significant legal costs to pay.

Timeshare Termination Team invoices used the VAT number of Mercantile Claims Management Solutions Ltd – a sister company (under the same ownership) of Praetorian Legal, they have all used the same ‘ARTS indemnity scheme’ too and no other businesses use it. A similarly named ‘insurance policy’ scheme was said by Praetorian Legal and Mercantile Claims to be underwritten by insurance giant Munich Re – checks with Munich Re showed this was untrue. There are other connections too – addresses used and documents sent to timeshare companies all point back to these other businesses, which are owned by a Gary Smith.

Gary Smith and the scam businesses Monster and EZE Group 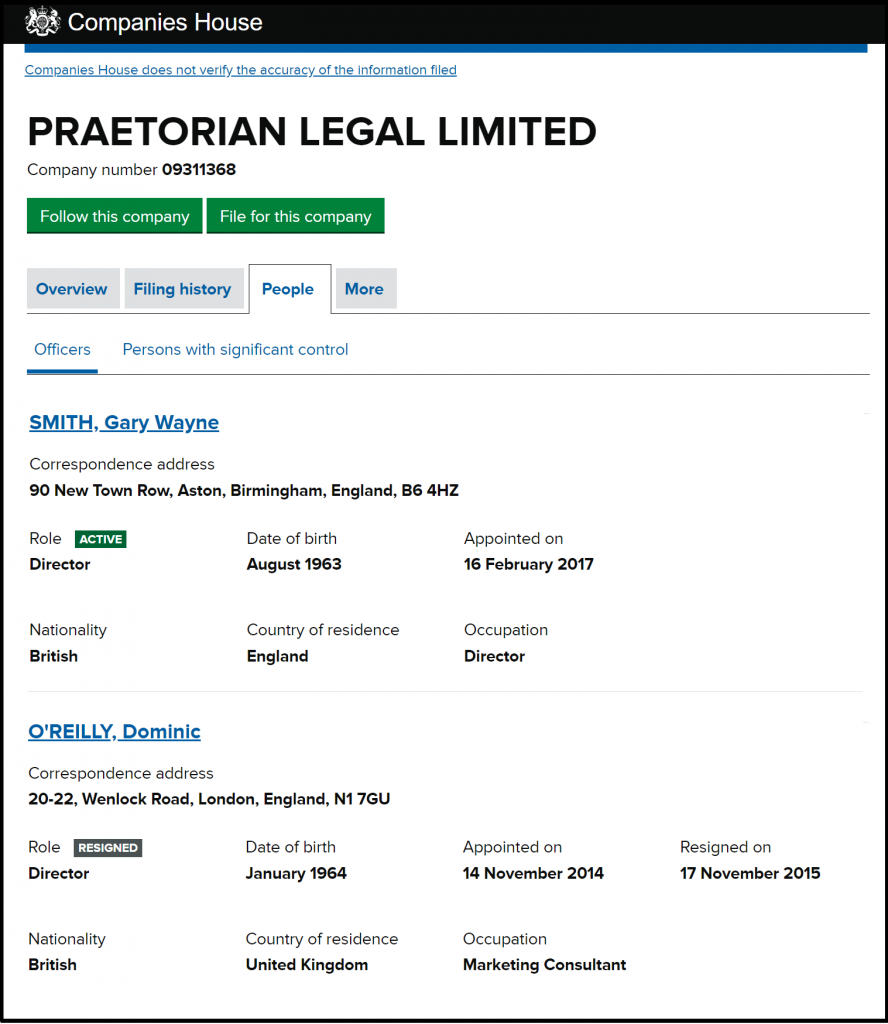 Director and owner of Praetorian Legal and Mercantile Claims Gary Smith previously acted as ‘Legal & Compliance Director’ for EZE Group – shut down by a criminal prosecution after scamming thousands of consumers, many of whom were timeshare owners. One of those convicted, Dominic O’Reilly (now serving a prison sentence)was also a co-director with Gary Smith at Praetorian Legal.

Smith also used another company he owned, LCM Law Ltd. to pursue consumers for payments on behalf of EZE Group – and to threaten legal action when EZE victims published their complaints online.

Praetorian Legal also worked alongside another business called ‘Monster Travel’, which has also now closed after a series of raids and arrests by police in the UK and Spain took place.

Smith has publicly denied any responsibility or involvement in these criminal activities and points out that he has not been arrested and has cooperated with the police and Trading Standards. He also emphasises that his businesses, Mercantile Claims and Praetorian Legal are both regulated by the Financial Conduct Authority – who confirm they have assessed the businesses prior to authorising them to carry out claims activities.